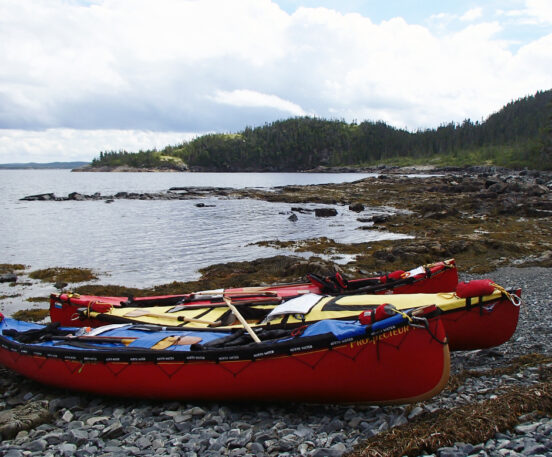 Gary Doran was a committed paddler and educator whose countless contributions to the paddling community and Paddle Canada are leaving us a legacy. Gary made significant contributions to the development of the Sea Kayaking Program through offering insightful additions based on his vast experience teaching and mentoring paddlers over many decades and his formal experience in curriculum design.

Gary’s place here on the Wall of Honour is a fitting tribute to a man who devoted himself to the betterment of others in their pursuit of paddling success.

Jim Price lived his life with his arms wide open.  His approach to paddling was no different.

In 1999, as part of the first small group of sea kayak instructor trainers under the “new” paddle kayak sea kayak program, he would mentor hundreds of new Paddle Canada instructors.  His arms wide open approach would ensure the program’s wide acceptance and success.  His many years of service on the sea kayak program development committee would place him as a national leader in sea kayaking.

An expert whitewater kayaker, sea kayaker, stand-up paddleboarder and canoeist, Jim never lost touch with the joys of campfires and wilderness tripping.  His paddling expeditions along the coasts and down the rivers of eastern and northern Canada would inspire a generation to pick up paddling, head into the wilds and live a life of adventure.

Kirk Wipper was a co-founder of Canadian Recreational Canoeing Association (now Paddle Canada). He was also the founder and special consultant to, the Canadian Canoe Museum as well as President Emeritus of Paddle Canada.

Over a 45-year period, he collected more than 600 canoes and kayaks which now form the greater part of the exhibits at the Canadian Canoe Museum in Peterborough, Ontario.

In 2002, Kirk was named to the Order of Canada to mark his dedication to promoting and preserving the canoe as a symbol of Canada.

Bill Mason developed a great passion for canoeing and the wilderness early in life. He was an award-winning Canadian naturalist, author, artist, filmmaker and conservationist.

Mason was the most successful filmmaker in the history of the National Film Board of Canada. While filming he created the stunning visual images that have become a part of our collective Canadian memories.

Bill painted in spurts throughout his career; it allowed him to slow down and to examine the world around him.

One of Bill’s final wishes, before succumbing to cancer in 1988, was the completion and publication of Canoescapes, a retrospective collection of his works and a fitting tribute to one of Canada’s most beloved artists and naturalists.

Bill Palmer became known to the New Brunswick outdoor community as an accomplished paddler and was much in demand as a canoe instructor. He is credited with the development of the University of New Brunswick (UNB) Canoe School, where he served as an instructor for 18 years.

In 1971, he helped establish the National Canoe School which operated throughout the Maritimes and provided national certification for instructors. He also served on the Canoe New Brunswick Board of Directors and offered countless canoeing clinics, sharing his skills and love for canoeing with thousands of people throughout the province. He became known as the ‘Father of Canoeing’ throughout New Brunswick, leaving a legacy for generations to come.