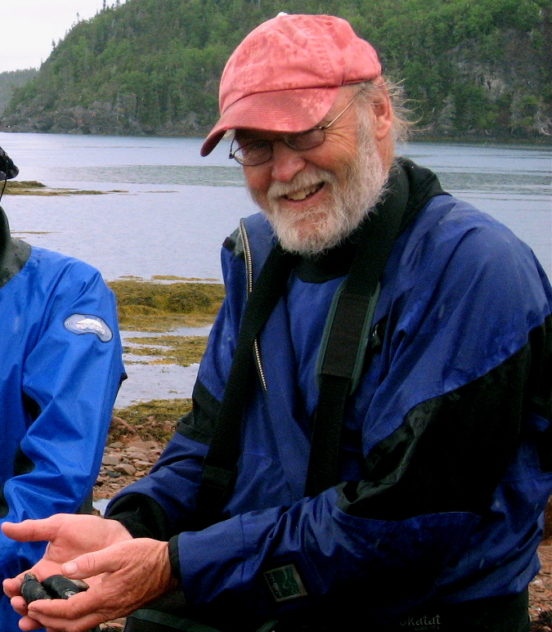 Scott began as a canoeist in the 70s and into the 80s, in 1981 he started Coastal Adventures and began running tours along the 100 Wild Islands (archipelago which is now owned by the Nova Scotia Nature Trust).

Scott got his start with his friend Paul Potter, when they decided to circumnavigate Nova Scotia in a canoe which took then roughly 2 months.  After the canoe trip Scott gave up everything else and moved to Tangier to start his company.

When Paddle Canada was first looking into creating Sea Kayaking courses, Scott applied and was chosen, to create them, based on the courses he had taken through the BCU (British Canoe Union). Following that Scott was the chair of the Sea Kayaking committee for Paddle Canada for a number of years. Scott is an Instructor Trainer in Sea Kayaking, and is one of 8 Instructor Trainers in Canada that holds a Level 3 (and the oldest!) He has been certifying instructors since the late ’90s, his course ID codes are in the double digits (for perspective, course ID numbers today are above 73000)

Scott and his partner Gayle Wilson, have trained dozens of Sea Kayak guides for their business, some of which have gone on to guide for other companies or even start their own.

At 72 years old Scott still leads 8 day trips along the coastal waters of Newfoundland every summer, and enjoys paddling and navigating new places, but the 100 Wild Islands will always be home!