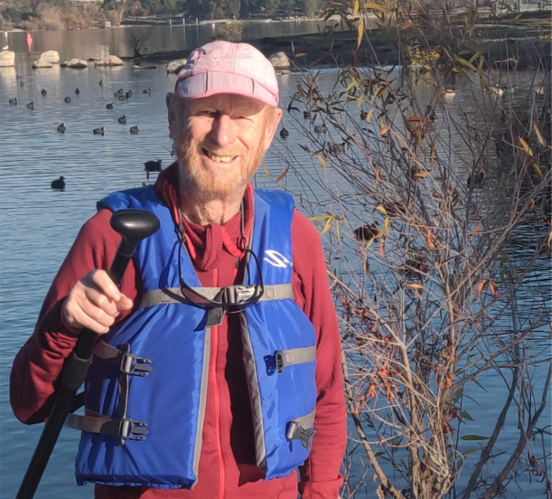 Martyn Williams is probably best known as a mountain and wilderness guide with expeditions to Everest, a crossing of Antarctica, and both the North and South Pole, including the Pole to Pole expedition in 2000 that he organized and led-all under human power. But…did you know that he was our first Yukon Director way back in our early days? He held that position from 1975-1978 and reflects now how grateful he is for the opportunity provided him from Paddle Canada. The meetings in Eastern Canada that he attended were “always very lively and interesting. I learned a huge amount about the history of canoeing. I was especially interested in traditional canoe styles and building methods”.

This veteran canoeist recounts that before being involved in the CRCA he had approached paddling from the Whitewater canoeing perspective: “To put it bluntly, this was a high-intensity thrash and crash form of descending rivers”. From the CRCA instructor course, he learned a “huge amount about the intricacies of paddle craft, of the grace and elegance available from a fine slim paddle and mastery of canoe. This learning I passed on to many people and still find it very engaging to this day, whether in a canoe or paddleboard, raft, or kayak”.

His interest in canoe history led him on two occasions to fly into remote rivers in the Yukon/northern BC to build a canoe from scratch, cover it with canvas, paint the canvas, and paddle the canoe out to a road head. Like all adventures who enjoyed the out of -doors and art of canoeing, ”there were a number of discoveries, adventures and fast learning”.

Based on his many trips and knowledge of the land, he wrote a Wilderness Travellers Guide book to the Yukon. Consistent with the first mission of CRCA, he did an inventory of all Yukon Rivers. This was done in collaboration and also for the benefit of the Canadian Heritage Rivers project. He produced a guidebook for Parks Canada to Ivvavik National Park (including the Firth River).

Martyn is presently living in Montclair California. His daily paddle is usually on a paddleboard, enjoying occasional jaunts on local lakes in his canoe.