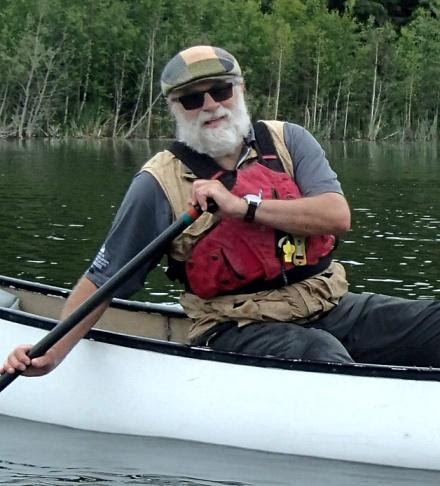 Mark was a very early participant in the leadership of Paddle Canada. He was one of the original Alberta representatives to an organizational meeting in 1972 at Camp Kandalore “when the CRCA was originally considered”. The Kandalore meeting recalls the beginnings of what we now know as the Canadian Canoe Museum and the ongoing national canoe schools. Mark has happy memories of that meeting: “at one stage we all had a chance to paddle a little, tippy birch bark canoe. I just managed to keep it upright!”
He recalls that when the CRCA was created in 1971, one of its Task Forces focused on the development of national canoeing standards. After several years of consultations with other national organizations, provincial canoeing associations such as the Alberta Recreational Canoeing Association (ARCA), and a number of canoeing experts, eventually, a five-level set of Standard Test of Achievement in Canoeing was adopted by the Board of the CRCA in 1980. Since then, provincial canoeing associations have used this manual as a model to develop their own standards.
Over the next three decades or more he served as the Alberta Representative from the ARCA to the national CRCA board for various terms.   In 1991 he joined the Bill Mason Scholarship Committee. For most of these years, he served as the committee’s Chair.

At an annual meeting in Temagami, Ontario (1985), as part of the CRCA hosted World Canoe Tour, an evening concluded with a paddle back from a distant fish fry under the August sky in a Canoe du Nord. The meteor shower in the big canoes and singing of French Voyageur songs capped a great day! Mark is still active in paddling. For many of these past fifty years he has been involved as the Paddle Alberta (formally the ARCA) executive and for forty of these years as the Ceyana Canoe Club Executive (currently, the President). For twenty years he served on the executive of the Edmonton Paddling Centres Association (presently Chair). He has been an educator for over thirty years teaching outdoor education (including paddling) at what is now Grant MacEwan University, and before that at the University of Alberta. Mark is the Author and Publisher for “Mark’s Guide for Alberta Paddlers”. He still paddles and guides trips out of his home base in Edmonton, Alberta.

Our mission is to promote, educate, and support the recreational paddling community, paddling instructors, and partners.