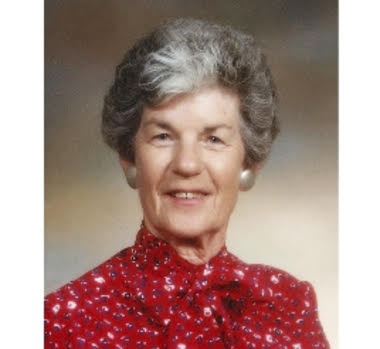 We are saddened and shocked by the news of the passing of June Mahood.  Paddle Canada has lost one of its best (and first!) Executive Directors. Indeed, June was an exceptional and detail-driven leader of people. She had the ability to see what needed to be done and do something about it! A great organizer, a friendly smile, and a hands-on leader, June will be missed by so many! Our hearts go out to Ken and the family during this difficult time.

June, from London, was a guest at the semi-annual meeting of CRCA held in Ottawa in November 1976. She was subsequently appointed Executive Director and remained in that position through the AGM held in Charlottetown in May 1981,

It is appropriate that our first full-time ED was a woman as is our current ED! June was a force to be reckoned with. A woman of high principles and great faith, June had an unwavering sense of right and wrong, which she channeled into a lifelong commitment to community service.

June graduated from Hamilton General Hospital as a Registered Nurse in 1955 and worked as a private nurse. She ran the Neurological Sciences Library at University Hospital for 35 years as a volunteer. June was a member of the London Psychiatric Advisory Board and the University Hospital Board. She set up a volunteer program in Palliative Care at Parkwood Institute and volunteered at the Ark Aid Mission, the Breakfast Program at Woodlynn School and as gift coordinator for the Christmas Sharing Program.

As Executive Director of the Canadian Recreational Canoeing Association, June’s organizational skills overshone the fact she had never been in a canoe. She gained the respect of all the paddlers with who she interacted. She was a well-organized and competent administrator. Memories of June will be a blessing!