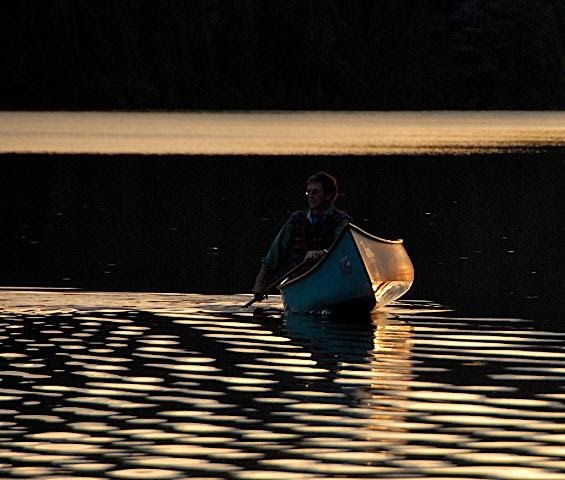 His expertise in canoeing developed through his camping and tripping skills as a teenager. He contributed to the work of the Canadian Camping Association (CCA) as a member since the late 1960s. Together with Kirk Wipper, they created a canoeing task force to study canoeing standards. At the time, the canoeing scene across member camps in Canada was disjointed and uncoordinated.  Efforts were made to bring together canoeing people to reach some agreements on levels of achievement whenever and wherever camps chose to incorporate them into their programming.  This understanding formed the basis of the future development of “standards” by the CRCA.

Claude was a member of the CRCA Board of Directors (from 1976 – 1986) and the Chair of the National Canoeing Standards Task Force. He established and conducted CRCA’s 6 canoeing instructor schools, set up across Canada, notably: University of Ottawa Camp, Gracefield, QC (English & French); Yarmouth, NS; Canmore, Alberta;  Kenora, ON.  He led the growth of provincial canoeing associations canoeing instructor schools in their regions.  He managed the two schools in Gracefield and taught at the other schools from time to time.

The CRCA Board sanctioned Claude’s Standard Tests of Achievement in Canoeing. The manual’s authors, Claude, Kirk Wipper and Jacques Grenier was published in 1977 and revised in 1980. The five-level Standards were final adopted by the Board of the CRCA in 1980 after much input and review from across Canada.   Manuals were available in English and French. Provincial associations were encouraged to use the manuals in a way that suited their organizational and geographic differences.

Claude co-animated the Canada Canoe Festival (1960s) for the National Capital Commission (NCC), Ottawa, ON. For many years this Canada Day regatta attracted thousands of Canadians and teams from all provinces and territories to engage in canoe-culture activities including canoe making, Voyageur Canoe races, paddling demonstration. This was known as the “Steps of the Voyageurs”. CRCA held Committee and Task Force meetings in Ottawa at the same time.

His interest in canoe matters continues. He is currently a member of the National Council for the Canadian Canoe Museum (CCM). He researched and arranged for the donation of several historical canoes to this museum: 25 ft Haida canoe from Massett, BC; Kootney canoe, from Creston, BC; 14 ft. Algonquin birch bark canoe, constructed by Chef Commanda, Maniwaki, QC at one of the national canoe schools in Gracefield, QC; retrieving Chief Makaconse’s canoe, Upper Gatineau, QC; and several other canoes and canoeing artifacts.

Claude is a retired university professor, in Leisure Studies, University of Ottawa, specializing in parks and outdoor recreation management. He lives with his canoe-friendly wife, Susan in Kanata, ON

Written by J. Eberhard
(with notes from Claude Cousineau and minutes from the Paddle Canada archives)

Our mission is to promote, educate, and support the recreational paddling community, paddling instructors, and partners.