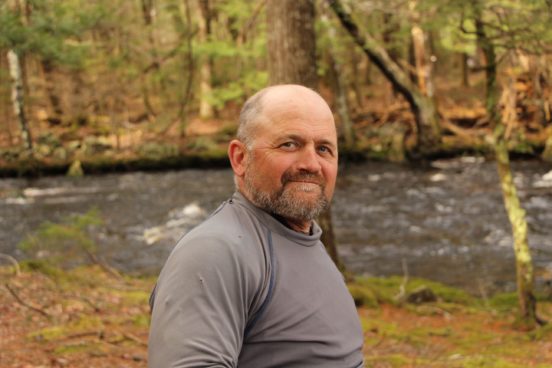 A lifelong paddler, volunteer, and leader in the Nova Scotia paddling community, Blair Doyle is always enthusiastic about getting people outside and helping them safely enjoy their environment.

He served on the Board of Directors of Paddle Canada from 2007-2013, as our Nova Scotia Director, Treasurer, and finally as President from 2010-2013. When he first joined the Board in 2007, it was a time when Paddle Canada was in a precarious financial position.  He immediately became a strong advocate and leader, together with others, in fixing the fiscal situation of Paddle Canada. He was also one of the strongest advocates for changing the election process to give Paddle Canada instructors the decision on who represented them on the board.  It was, in large part, because of Blair’s efforts that Paddle Canada turned the corner on its revenue challenges and survived to become the strongest it has ever been.

Blair is also heavily involved in Search and Rescue (SAR) and has held one leadership role or another for close to 20 years. He provides tons of training to the SAR volunteers and police/government personnel that manage SAR events. He’s not only involved with the local team but is (or has been) involved on a provincial and national level working to promote their capabilities and advance the program.  It was this expertise combined with his paddling career that was key in the success of securing funds and the development of the PaddleSmart program.

Blair is a larger-than-life personality in the paddling community of Nova Scotia with infectious energy and enthusiasm.  Blair has educated 1000’s people with his outdoor skill safety knowledge and humor. Canoeing and kayaking are just two of his outdoor passions.

He makes tripping a safe and enjoyable experience, and his paddling partners always look forward to his email concerning the next planning meeting (always at his house or a pub) about the upcoming canoe or kayak trip. You know it is going to be lots of laughs and an adrenaline-pumping adventure.